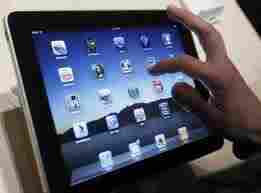 On Monday, research firm IDC reported that 27.8 million tablets were sold worldwide in the third quarter of 2012 with Apple holding the majority even as other vendors, such as Samsung and Amazon, are catching up. But that’s not the story: Tablet sales have already approached nearly 25 percent of PC sales. As computer sales are in decline, sales of tablets rose 49.5 percent from the same quarter in the prior year. That’s more bad news for traditional computer makers.

To get a feel for the tablet vs PC market, I again looked to IDC for data on computer sales. Last month, it reported a total of 87.7 million personal computers were sold in the third quarter of this year; down 8.6 percent from the year ago quarter. That’s not a favorable trend, considering tablet sales grew nearly 50 percent in the past year. If you were to ignore the smartphone for this exercise — which has surpasses sales of the PC early this year — and do a quick calculation of the total tablets and PCs sold, 24 percent of the 115.5 “computers” were tablets in the last quarter.

Bear in mind that the existing tablet market only began in 2010 with the first iPad. In just three calendar years then, tablets have captured nearly a quarter of the PC market if you lump these devices together. One could argue that these shouldn’t be put together, but I’d disagree. In fact, I did just that in February, with a GigaOm Pro report (subscription required) explaining why the “PC” you buy in three years won’t be a PC but would instead be a tablet. And I’m not the only one seeing the trend: In August, Om pointed out that HP and Dell are on the road to nowhere as both companies missed out on the shift to mobile devices. Add analyst Horace Dediu to the list as well: He suggests tablets will outsell PCs by the fall of 2013.

As I’ve reiterated before with similar posts, I’m not declaring the PC “dead” by any means. There are still numerous use cases where a traditional computer is the best tool for the task. There will be for some years, if not decades, to come.

However, in this new mobile era, there are a growing number of people that simply don’t need a PC any longer. The smartphone with its ubiquitous connectivity and ability to fit in a pocket makes it a Swiss Army knife of applications on the go. And when you need a larger screen to more comfortably create or consume content, the tablet is filling the role of a PC more and more. Still not convinced? Wait for this holiday season and see which market grew more or had blow-out sales: tablets or PCs. My money is on the tablet, just as it has been for the past few years.