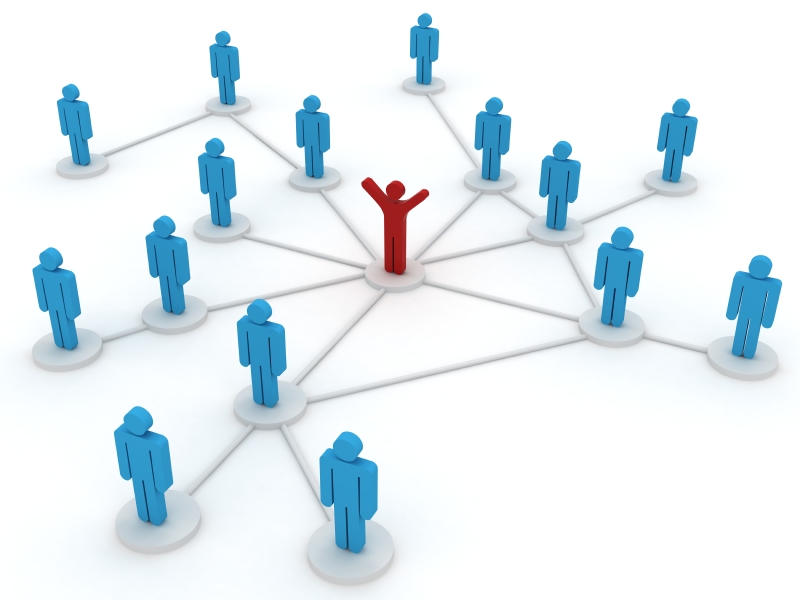 4 Ways to Maximize Your Network With Social Media

Do you want to quickly find and meet contacts related to your industry?

Are you looking for ways to establish a long-term relationship with those connections?

It can be tough to make first contact without coming on too strong.

But if you engage with someone before you pitch and let them get to know you a little bit, you have a better chance of creating a solid relationship.

In this article I’ll show you four ways you can use social media to meet market influencers and expand your network.

Even if you live in the middle of nowhere (like me) you can build a network of influential colleagues. How great is it that we live in a time where you can meet anyone from anywhere without leaving the comfort of your office?

But social media opens a larger sphere of opportunity.

Below I show you how Facebook, Twitter and LinkedIn—and a combination thereof—ensure your first interaction with a potential connection is a lasting one.

Given that half a billion people use Facebook, there’s a very good chance you’ll be able to find networking opportunities there.

To start your search, use Facebook’s graph search to find potential friends by using the People I May Know option. This works best if you already have business contacts on Facebook.

Search for influencers in your market with Facebook’s Open Graph.

When you find someone interesting, see who your mutual friends are and use that as leverage to explain to them why you should connect. Don’t be afraid to ask a mutual friend for an introduction.

If you’re not comfortable messaging someone you don’t know (or don’t want to risk your message ending up in the Other folder), then follow them or like their business page and interact with them there.

Take advantage of Facebook groups. They provide a more open forum to introduce yourself as part of the group and an opportunity to show that you have something in common.

Now that you’ve made some new Facebook contacts, it’s easier to connect with them on other networks like LinkedIn, because you’ve already established a relationship.

LinkedIn is tailor-made for professional networking. Profiles are important, of course, but LinkedIn groups are key to meeting influencers in your market.

LinkedIn suggests groups to you based on the experience you showcase in your profile. These suggestions are a good place to start your search for new contacts. You can also search for specific people or find groups related to a keyword.

Groups give you access to like-minded professionals and market influencers in your niche. When you join, become a valuable asset by asking thoughtful, relevant questions and answering those of others.

When you’ve established a relationship with members via the group, they’ll usually be more than happy to connect with you because they are familiar with you, your expertise and the value you can bring to them.

#3: Harness the Power of the Retweet

It’s not too hard to network on Twitter because it’s easy to find people and jump right into a conversation or chat.

It doesn’t matter if someone has more followers than you. Chances are they’re happy to meet you and are just as interested in networking as you are.

Don’t be shy! Ask questions or comment on a recent tweet. Retweeting someone’s content or starting a conversation around it can open doors you didn’t even know existed.

Retweets are an easy way to meet new contacts on Twitter.

As long as you’re adding value to the discussion, it’s likely that person will reply (or maybe even follow you).

You’re more likely to hear back from someone if you reach out to them on multiple social sites. Don’t get discouraged if you have to try to engage a few times.

We all get buried in email, Facebook notifications and Twitter alerts. Be mindful that it may take a while for someone to respond.

If he or she doesn’t get back to you in a few hours, don’t keep following up; allow some time. There is a fine line between being persistent and being annoying. Know that boundary.

That’s not to say following up is bad. I once had a fan ask me to watch one of his videos. Since we had connected before, I was familiar with him, and I thought his request was reasonable.

But my busy schedule got in my way and I didn’t get around to watching it. He followed up again with a reminder, and I appreciated it. But then he followed up four more times and the boundary was crossed.

Networking through social media is a great way to build up your professional contacts and essential to growing your network.

Nearly everyone has a social outlet they use regularly. Finding and connecting with influencers on those outlets gives you both a chance to get to know one another without the hard sell.

Networking is an ongoing process, but each key person in your network can change your future. Take time to find that person today!