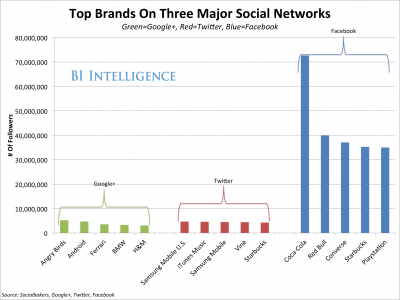 Who’s on Facebook? The short answer, of course, is everyone. And that’s why every company and brand needs to seriously consider a major presence on the platform, as well as a Facebook-specific content strategy.

But digging into the data reveals more specific and compelling reasons why marketers should be active on Facebook, such as the fact that despite recent news coverage about how Facebook is getting older, it’s still strongest in the young adult age bracket so precious to many marketers.

In a new report from BI Intelligence, we break down the demographics of Facebook and show why it’s such a powerful platform for companies, brands, and products. Facebook’s surprisingly strong statistics in terms of gender breakdown, income levels, and age diversity makes it the obvious go-to marketing platform. Our report also spotlights similar statistics for all the main social networks, but Facebook’s numbers are perhaps the most compelling. Here are seven of our surprising findings on Facebook: Useful Tips To Market Your Business Through Social Media Networks