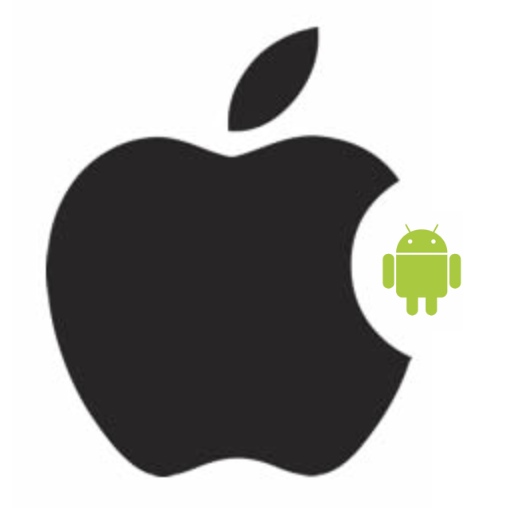 Following Apple’s incredible sales numbers from yesterday’s quarterly earnings report, the iPhone has taken the number one spot in U.S. market share from Google’s Android OS, according to the researchers at Kantar Worldpanel ComTech. 37 million iPhones were sold in the fourth quarter of 2011, making Apple the top smartphone manufacturer on the planet.

Based on the last 12 weeks of sales in 9 countries (including the U.S., U.K., and Australia), the iPhone is growing faster than Android. The tides are turning.

“Apple has continued its strong sales run in the US, UK and Australia over the Christmas period,” said Dominic Sunnebo, global consumer insight director at Kantar Worldplanel. ”Overall, Apple sales are now growing at a faster rate than Android across the nine countries we cover.”

Kantar notes that Android is still the dominant smartphone platform worldwide, but Apple’s growth rate now exceeds that of Google’s OS. The iPhone’s market share rose to 44.9% during the last quarter, while Android’s sat at 44.8%. While not exactly a landslide victory percentage-wise, the numbers are definitely a sign that Android is not an unstoppable behemoth.

It’s important to remember that there are hundreds upon hundreds of Android handsets on the market, while Apple only sells three generations of the iPhone. Tim Cook noted during yesterday’s earnings call that theiPhone 4S was Apple’s best-selling handset last quarter. Apple’s carrier partnerships with AT&T, Verizon and Sprint have helped the iPhone grow exponentially in the U.S over the last few months.

When asked about the race between the popular smartphone platforms, Cook noted that Android and the iPhone are neck and neck. He said that he couldn’t find any way of accurately measuring Android’s numbers against the “clean” and “crisp” reports that Apple gives, but he did state that, “We’ll ignore how many other horses there are, we just want to be the lead one.”

As online shopping continues to grow as the commerce method of choice for US consumers,…

It's that time of year again.  As we wrap up the year, we try to…