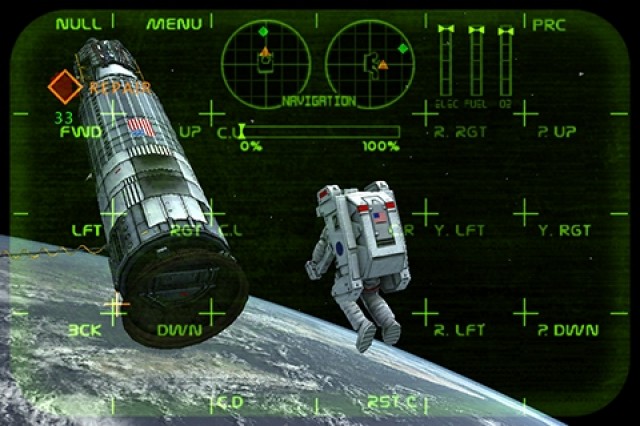 Becoming an astronaut is every boy’s dream. Who doesn’t want to walk on the moon? Unfortunately that dream fades away for the vast majority of us when we grow up and realize NASA doesn’t employ overweight college dropouts. That’s when we take up blogging.

But thanks to an upcoming iOS app, we can all pop on a white suit and moon boots and dance with the satellites.

Independent iOS developer Jose Hernandez is developing a new app called Astronaut Simulator, which gives everyone with an iOS device the chance to a Manned Maneuvering Unit (MMU) — the same booster-controlled suite used on NASA shuttle missions — in space.

This isn’t like traditional space-based titles that have you battling aliens with lasers of catapulting unhappy birds at thieving swines. Instead, Astronaut Simulator calls upon you to complete 20 missions with objectives that involve reaching satellites and performing repairs before your air supply runs out.

Hernandez says the project is still around three weeks away from completion, which means we’ll probably see Astronaut Simulator in the App Store in late June or early July following approval from Apple. But in the meantime, you can enjoy these gorgeous screenshots. How to Design Social Media Images for Brand Recognition

Are you posting images across social networks?   Do you use them to extend your…