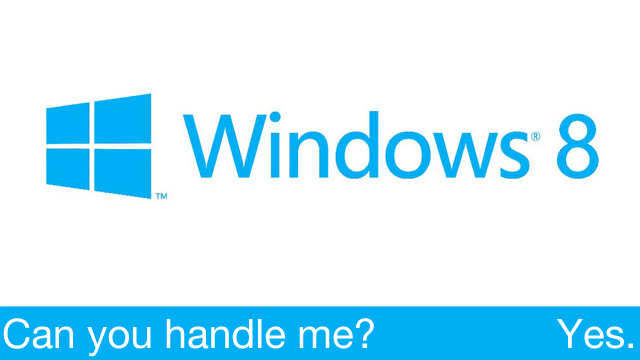 Is Your Current PC Powerful Enough for Windows 8?

It’s hard not to be at least a little excited about upgrading to a shiny new operating system, but the catch is that a new OS sometimes means your aging computer isn’t up to the task. So is your current PC powerful enough to handle Windows 8? Most likely!

Over at Microsoft’s Building Windows 8 blog, the Windows 8 team has posted the following system recommendations for Windows 8:

Whether you have a logo PC or you’ve built your own PC, the recommendations for the Consumer Preview include:

This setup gets you going with Windows 8 such that it is functionally equivalent to Windows 7, and as we have talked about previously, you should see measureable improvements in performance in a number of dimensions with a system at this level.

As you can see, the system requirements are actually pretty low, and a low-powered system might actually run better running Windows 8 than Windows 7. In fact, it was specifically designed to run better on low-powered devices—like netbooks and tablets.

Speaking of tablets, if you’re looking to take advantage of the touch and feel of Windows 8 on a tablet, Microsoft recommends the following touchscreen devices: