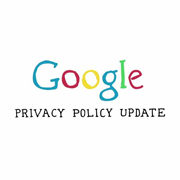 Google has gone to great lengths to clarify its revamped privacy policy, but a regulatory body in the European Union thinks the company is moving a little too fast. Today, European regulators formally requested that Google “pause” its rollout, in order to give the EU more time to investigate its forthcoming changes. “Given the wide range of services you offer, and the popularity of these services, changes in your privacy policy may affect many citizens in most or all of the EU member states,” the EU’s Data Protection Working Party wrote in a letter to Google CEO Larry Page yesterday. “We wish to check the possible consequences for the protection of the personal data of these citizens in a coordinated way.” The body didn’t specify how much time it would need to investigate, but it stressed that doing so would help to ensure absolute transparency among European users. “[W]e call for a pause in the interests of ensuring that there can be no misunderstanding about Google’s commitments to information rights of their users and EU citizens, until we have completed our analysis,” the letter reads.

Viviane Reding, Europe’s commissioner on data protection, heralded the move as an important step in asserting EU authority over online privacy and regulations, but Google was somewhat taken aback by the request. “We briefed most of the members of the working party in the weeks leading up to our announcement,” said company spokesman Al Verney. “None of them expressed substantial concerns at the time, but of course we’re happy to speak with any data protection authority that has questions.” It’s worth noting that Google isn’t legally bound to heed the Working Party’s request, though we’d expect the company to seek some sort of compromise with Europe’s regulators, as it has in the past.
via
Share This
Related Posts

Four SEO Tactics that Matter in 2014 and Beyond

By Peter Sunde When I was 9 years old I got my first computer, an Amiga…