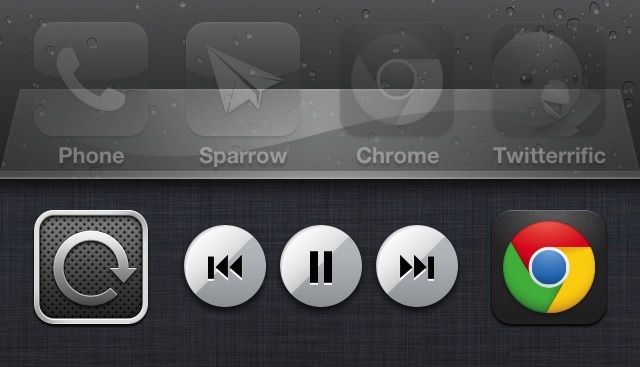 Have you ever used Google Chrome on your iOS devices to listen to music on YouTube, only to find it stops playing when you close the app? Sometimes that’s a good thing — you don’t always need videos to continue to playing in the background when they’ve been closed. But sometimes it’s annoying, like when you’re listening to music.

Thanks to the app’s latest update, you can prevent that from happening.

The latest version of Google Chrome, which hit the App Store this morning, allows you to continue playing audio in the background even after the app’s been closed. It won’t happen automatically, so you won’t have things playing in the background and eating away at your battery inadvertently; here’s how it works.

When you’re watching a video or a song on YouTube — or anywhere else for that matter — and you close Google Chrome, it’ll cut out. At this point, you can double-tap the home button on your iOS device, then swipe to the right on the multitasking tray to access the media controls, where you should see the Google Chrome icon.

Simply hit play and your video or song will continue playing where it left off — allowing you to enjoy it while you use other apps.

Is n’t that neat?

Need more leads?  Trying to attract a wider audience?  The key is a cohesive digital…

Tablets Are a Dream Come True for Retailers [INFOGRAPHIC]

Since tablets have burst into the ecommerce space in the last few years, they’ve drastically altered the…

How to Build a Social Community: 4 Tips

Does your business have a social community?   Are you looking for ways to stay…