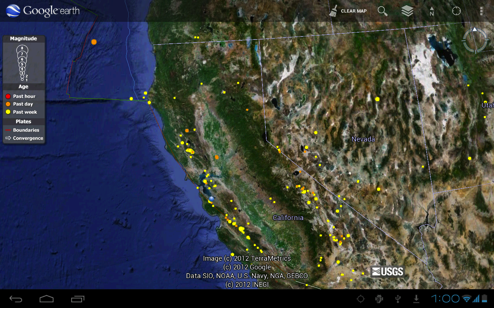 Good news for fans of the iOS and Android ports of Google Earth: the apps are getting updated to version 6.2, which brings more customizable experience with it. Just like the browser and desktop variants, Keyhole Markup Language files are now accessible, meaning you’ll be able to open up information overlays you find on websites, or from the app itself now that Google Earth Gallery’s been added. Better yet, Android users will be pleased to know that their even gets baked-in screenshot functionality, while both versions feature “improvements in navigation.” Although the iOS version will get released sometime soon, those of you running Google’s goods can download the update from Google Play right now to get exploring. As per usual, make your way over to the source link below for all the details.