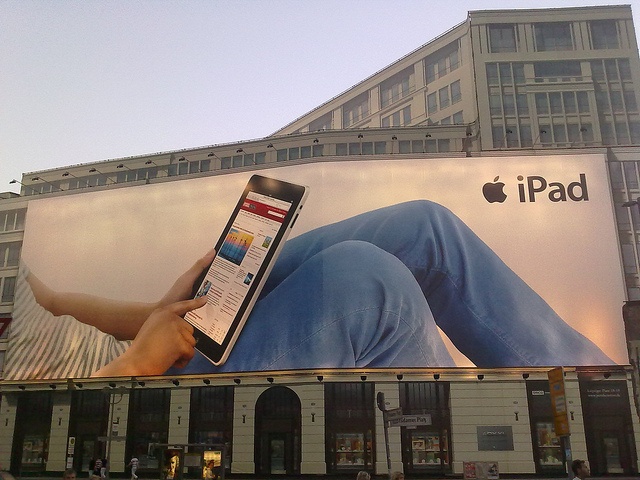 An iPad-Optimized Ad Campaign Delivers An Amazing Return On Investment Mobile advertising as an industry has been slow to evolve since the introduction of the iPad. A study that we reported earlier this year found that many advertising companies fail to take advantage of the mobile ad capabilities offered the iPad even though iPad users are significantly more likely to interact with ad content.

The news comes from the Online Publishers Association, which yesterday released the results of a new study that examined a range of stats about how U.S. consumers interacts with iPads and other tablet devices.

The study found that 38% of iPad and tablet owners have purchased items after having seen ad content on their devices. Nearly a third of respondents (29%) also said that mobile ads on an iPad or other tablet have led them to research products and services that they might not have considered otherwise.

Those are pretty strong numbers and they indicate that the iPad and similar devices offer advertisers a unique opportunity. Well-designed mobile ads that are interactive have a more personal feel on an iPad and the device itself makes it very easy and natural for a user to move from an ad to related content and then to search for additional information.  That process can often lead a user to make a purchase directly using the device. In fact, based on the survey data, the Online Publishers Association estimates that the average iPad or tablet owner buys $359 worth of merchandise from his or her device each year.

According to Online Publishers Association president Pam Horan, the survey indicated that ad campaigns that targeted multiple mobile and desktop platforms were likely to be even more effective .

The two and three screen audiences are also more likely to purchase a product after seeing tablet advertising, then the general tablet population, providing an incredible opportunity for cross-platform advertising campaigns.

Other interesting stats uncovered by the survey include the following: