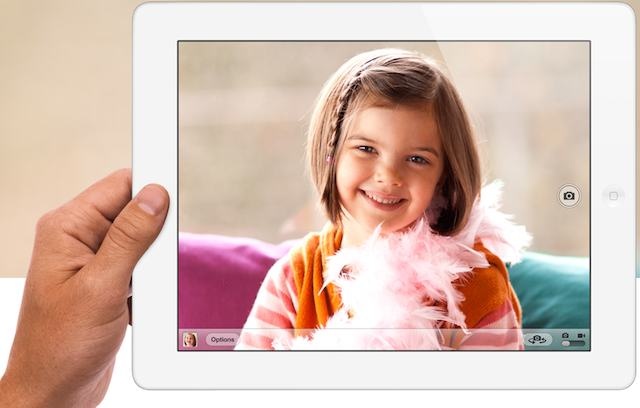 Apple always gives a few select media outlets a sneak preview of their newest products so they can post their reviews before the rest of us peons get to own their magical device. The embargo on reviews for the new iPad just lifted this evening, and so far everyone’s impressed with the retina display and 4G speeds, but is there anything they’re disappointed with in the new iPad?

Here’s what the first reviewers are saying:

Those who use their iPads as their main e-readers, and those who use it frequently while away from Wi-Fi coverage, this new model could make a big difference. The optional, extra-cost, 4G LTE cellular-data capability made it feel like I was always on a fast Wi-Fi connection. I loved the photos and videos I took with the greatly improved rear camera. And the battery life degraded by just 11 minutes, a figure that is still much better than on any tablet I’ve tested.
As I tested the new model over five days, I found I was able to use smaller font sizes to read books and email. The same photos I had enjoyed on the older model looked much better on the new one, not only because of the increased resolution, but because Apple claims it increased color saturation by 44%.

Joshua Topolsky of The Verge has the best review we’ve seen so far. The amount of detail, pictures, and love put into his review are well worth reading:

In all, the new iPad lived up to my expectations on the performance and battery fronts — and I’m not sure how it might have surpassed them. It’s everything the previous generation was, and then some. Stable, reliable, speedy, and long-lived. What more can you ask for?

he new iPads are the first iPads that access the 4G or 4th generation data networks being deployed nationally (but not everywhere) by AT&T and Verizon Wireless, each with variations on how wireless is delivered.
The test machine, a Verizon model that taps into the company’s 4G LTE network, was really zippy in a week of testing in San Francisco and Austin. Downloading apps was quick, including previously purchased apps that had to be accessed through Apple’s iCloud service. Web pages loaded much faster than on an older iPad running 3G.

Writing for TechCrunch, MG Siegler says the new camera combined with iPhone is a killer feature:

iPhoto is the clear star, as it’s the brand-new app that Apple unveiled last week. Combined with the better camera, it works great for most photo-editing needs. There are slight bits of lag here and there when doing things like adjusting brightness by dragging your finger over a large image, but overall it’s very solid.
And if you want to take images with the still-better 8 megapixel camera on the iPhone 4S, you can easily move them over to edit on the iPad via the Beam functionality.

The Loop’s Jim Dalrymple thinks the Retina display is too good to put into words:

I struggled after the event to put the right words together to describe the display and a week later I’m still lost for the proper analogy. The only thing I can think of that comes close is comparing it to the first time you ever saw an HDTV. Remember how startling it was to go from one of those giant standard definition projector TVs to an HDTV? That’s what this is like.
The Retina display will make you do a double-take the first time you see it. Even on the home screen, it’s crisp and clear — you can notice a huge difference, even from the iPad 2.

Macworld’s Jason Snell thinks the new iPad is great, but it’s not that much more powerful than the iPad 2:

The changes Apple has wrought with this iPad aren’t about making it thinner or lighter or faster, but about making it better. And on nearly every front, the third-generation iPad is markedly better than its predecessor.
The iPad 2 was much faster than the original iPad, thanks to its dual-core A5 processor. But the A5X processor that powers the third-generation iPad doesn’t really offer more processing power than its predecessor. In all our processor-based tests, the new iPad ran about as fast as the iPad 2. (Which is not to say it’s slow—they’re the two fastest iOS devices ever.)

The New York Times wishes the update was more significant:

Really, the new iPad should have been called the iPad 2S. In the past, Apple added the letter S to iPhone models that weren’t exactly new but had been tastefully enhanced (iPhone 3GS, iPhone 4S). That’s exactly what’s going on with the new iPad. Its technical improvements keep it at the forefront of desirability — just ahead of the snapping jaws of its Android competition — but don’t take it in any new directions

SlashGear claims the new iPad is better for video than photos:

Apple says it has borrowed the camera technology and optics from the iPhone 4S for the new iPad, though still the 5-megapixel images the tablet is capable of do lag behind the 8-megapixel examples from the smartphone. There’s more visible noise and chromatic aberrations at full zoom, though the quality is far, far better than any stills the iPad 2 can achieve. You also get face recognition for up to ten people per frame, automatically adjusting focus and exposure, but the camera app UI itself is no more complex than before.
The new tablet feels more targeted at video, however, and the Full HD clips it’s capable of producing hold up well to what we’ve seen on the best smartphones. Digital video stabilization is included, and it manages to find that tricky middle ground between shake and over-processing.

In their short review, The Telegraph summarizes that:

Regardless of those features, the new iPad is all about the screen. It is very slightly heavier and thicker but not enough that you would notice. Apple’s magnetic Smart Covers still fit and the battery life remains a robust 10 hours. If you have been holding off getting a tablet then this is the one to go for. In my view, it’s the best that money can buy. Existing iPad owners who are thinking of upgrading should take a look at this new device. You’ll see the difference very, very clearly indeed.

How to Become a Leader in Your Industry Using Social Media

Are you looking to establish credibility online?   Do you know how social media can…

It's iPad Day! Hurray! All your favorite iPad apps, made retina-displayable! Hurr—not so fast. If what…