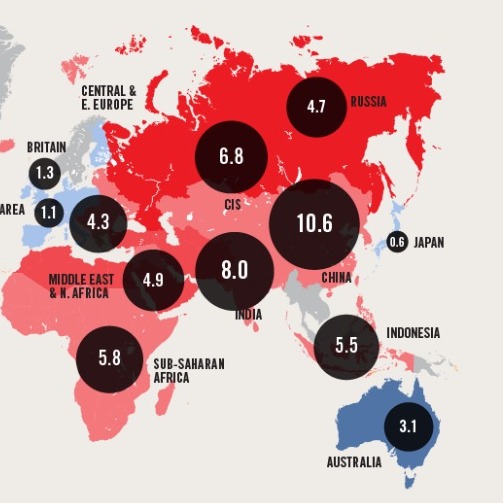 There are 5.3 billion mobile subscribers around the world, meaning 77% of the world’s population uses a phone. The majority of those users — 3.8 billion or 73% of the group — live in emerging economies.

Yet mobile advertising dollars spent around the world do not begin to compete with traditional platforms or Internet ads.

As the Internet spreads throughout the developing world, it’s arriving on phones before traditional computers. Some 70% of Internet users in Egypt, 59% in India, 57% in South Africa, 50% in Ghana and 44% in Indonesia get online via mobile phones alone.

This Jana infographic poses a question for advertisers — how will relevant content be delivered via mobile device?

One idea: in Brazil, 74% of mobile users said they would like to receive advertisements in their devices in exchange for voice minutes.

Do you have an answer to Jana’s question? Take a look at the infographic below and share your suggestions for the future of global advertising in the comments.

LifeThink launches an application just for the summer. Learn everything about Greek's favorite summer sport…

Do you want more followers for your company’s social sites?   Have you tried building…

Angry Birds In Outer Space Is Coming On March 22!

Can’t get enough of whizzing those Angry Birds through the air using your trusty catapult, knocking down…