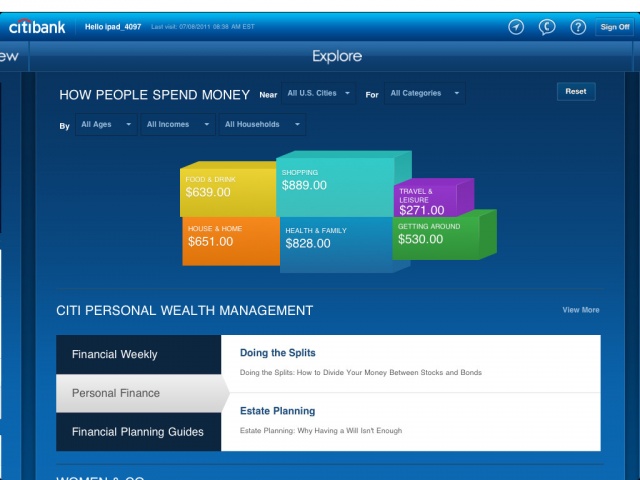 Gone are the days of walking into a bank with your passbook and having your deposit stamped and recorded. Technology and the advent of online banking has eliminated the need to shuffle through the mouse maze line of your local banking institution and has replaced our favorite smiling teller with bright LED screens and Helvetica font. Online banking is a major convenience that saves us time and allows us to stay in our pajamas that much longer.

Online banking has slowly migrated onto our mobile devices with almost every major banking institution now offering a mobile app and despite fears surrounding security, over 30 million Americans accessed their bank via a smartphone or tablet. Interestingly enough, users are more likely to do their banking on a tablet rather than a mobile phone. Perhaps users find the larger interface of a tablet easier to navigate or maybe it’s the more comprehensive apps that banking institutions are developing for tablets, whatever the reason, mobile banking by tablet owners is growing twice as fast as non-tablet owners.

According to a report by Javelin Strategy & Research, they expect this tablet banking trend to continue and with a forecast of an overall tablet adoption rate of 40% by 2016, it would be in the best interest of banks to start working on tablet optimized versions of their apps. According to Javelin Strategy & Research, of the 25 banks that now have Android or iOS apps, only 20% of them have tablet-optimized apps.

Providing users with an optimized app increases their likely hood of doing their banking on a tablet device and of all the top financial institutions, Bank of America, Citi and USAA have emerged as tablet banking market leaders thanks to their tablet-optimized apps.

Do you want more visibility on Facebook?   Are you using all of Facebook’s features…

This Computer Program Is Smarter Than 96 Percent of Humans

4 Ways to Use Social Media in Public Relations

Are you sending out press releases and waiting for the media to write about you?…