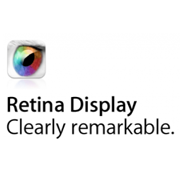 In a few weeks, Apple will unveil the next generation iPad, John Packowski of AllThingsDconfirms today. If history (and carrier code) is any indication, it should go on sale shortly after that. Maybe even just a few days later. And that’s interesting because it doesn’t give developers a lot of time to prepare. And they’ll want to prepare for the higher resolution “Retina” display that the device will pack.

The situation is similar to the Summer of 2010. That year at WWDC, Apple unveiled the iPhone 4, the first device to feature a Retina display. That conference took place on June 7. The iPhone 4 first went on sale on June 24 — two and a half weeks later. That timeframe allowed some developers to get their apps Retina-ready, but for many it took quite a bit longer. Again, this year, the window may be even more condensed.

But as Steve Jobs noted at the iPhone 4 unveiling, the Retina display made existing apps “look even better”. One reason for this is that the version of iOS that shipped with the device automatically rendered text to be optimized for the new display. Expect the same for the Retina iPad. But Jobs also noted that apps which updated to higher-resolution artwork would look “stunning”. “We suggest that you do that,” he said at the time.

And that will undoubtedly be the suggestion again. Luckily, because the Retina display iPad has been rumored for a long time and because many developers remember the initial Retina transition, some developers have jumped the gun and prepared the graphics in their iPad apps to be Retina-ready as well.

The first two iPads had a resolution of 1024 x 768 — which actually isn’t all that far from the Retina display iPhone resolution of 960 x 640. The new iPad will have a resolution of 2048 x 1536. Earlier this week, it was revealed that Apple was now requiring developers to submit Retina-level screenshots of their apps to the App Store (for new apps, at least). Some assumed this was related to the gradual fade out of the iPhone 3GS. But it may also be related to this new iPad. Because Apple allows the iPad to run iPhone/iPod touch apps with the option to scale them up 2x, non-Retina iPhone apps (480 × 320) will undoubtedly look pretty bad on the Retina iPad.

Given how many visually-focused apps there are for the iPad, some developers are worried how their apps will look on the new device. Apple, of course, isn’t talking yet. While there may be a handful of larger developers that will get an early peek at (or a heads up on) the Retina iPad, most will get to see the thing the same time the rest of us do — on stage in early March.

Some aren’t just worried about the iPad either. Rumors have been circulating for a few monthsthat Apple may also be on the verge of launching high-resolution Mac displays. It’s looking increasingly likely that Apple will do a one-two high-resolution punch with high-res Macs (probablyMacBook Pros or maybe even a new MacBook Air) and Retina iPads in the coming weeks.

If you think a 2048 x 1536 iPad sounds great, think about a 2880×1800 MacBook. Unlike resolution changes in the past, elements on the screen wouldn’t get smaller, they’d just get crisper. But to take advantage of all those pixels, Mac developers will also have their work cut out for them updating all the graphical elements in their apps.

Are you struggling to make social media work for you?   Do you have the…

All websites need to perform occasional SEO audits; however, if you’re new to internet marketing…

How to Become a Leader in Your Industry Using Social Media

Are you looking to establish credibility online?   Do you know how social media can…