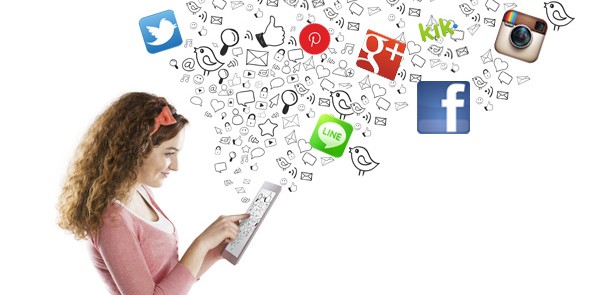 Do you want more engagement from your social media fans and followers?

Wondering what kind of content will help you achieve that goal?

New research confirms that photos could be the “holy grail” of social media engagement.

#1: Photos Are Worth a Million Likes

From a user’s perspective, photos are also the most engaging type of content on Facebook, with a whopping 87% interaction rate from fans! No other post type received more than a 4% interaction rate.

Posting photos on Facebook is the best way to get more attention from your fans because images are easier to consume than text. However, be aware that not all photos are created equal. Not only must you share high-quality photos, you must alsoshare photos that interest your target audience.

If you haven’t done so already, start to increase the number of high-quality images that you post on your Facebook page. And of course, don’t forget toinclude relevant links with your images, to ensure that you’re sending all that traffic back to your website. Take note of the following:

One last thing, it may be worth your while to hire a designer or a visual content creator as part of your social media team.

People don’t engage equally with every tweet. Research by Media Blog, which analyzed the content of over 2 million tweets sent by thousands of users over the course of a month, shows that adding a photo URL to your tweet can boost retweets by an impressive 35%.

Photos can boost retweets by 35%!

Comments and shares are beginning to overtake likes on Facebook, showing that brands are getting better at engaging with fans.

Since comments from fans require more time and effort than simply clicking Like, this trend shows that marketers are becoming rather savvy about fan engagement. Fans must be finding content posted by pages interesting enough to invest time and thought into their interactions.

If you’re seeing more comments on your page, keep up the good work! But don’t stop adapting. Find different ways for fans to see your content, even via paid posts if necessary.

Since Facebook introduced its new comments feature in March 2013, you and your fans are able to reply directly to specific comments on your page. This creates a conversation thread, which ties relevant conversations together.

Be sure to reply to ALL comments from your fans, and to like every commentfrom every user in two ways – as yourself, and as the page. Not only will the user get a notification about the like, which may spur more comments, but it’ll also create a “Ticker” story about your Facebook page.

More research published in the Social Intelligence Report indicates that brands are targeting Facebook users on Fridays because that’s the day with the highest engagement rates. For example:

“TGIF” seems to be the theme among Facebook users.

If you’ve become skeptical about all of the studies and statistics that claim to have found the best day or time to post on Facebook, take heart. It really depends on your target audience and your type of business.

However, the Friday phenomenon is real. Even you know that “the less you want to be at work, the more you’re on Facebook.” These findings are consistent with Facebook data published several years ago, showing that the Happiness Index on Facebook spikes on Friday.

So no matter what your business is, consider scheduling Facebook posts to publish throughout Friday and Saturday. Again, this is not the “ultimate guide” for all brands, but it certainly reflects the reality of how users interact on Facebook on a day-to-day basis. By the way, the same research shows that videos receive the highest engagement rates on Fridays, too.

How to Make the Most of Facebook Mobile Ads

Why Mobile Ads in Emerging Markets are the Future [INFOGRAPHIC]

There are 5.3 billion mobile subscribers around the world, meaning 77% of the world’s population…

Do you have a strong visual presence on your social channels?   Do you want…