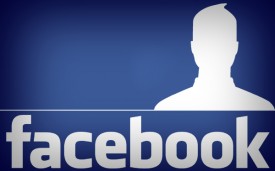 If you’re a marketer wondering if migrating your brand toFacebook Timeline was worth the effort, here’s some encouraging data: A researcher reports that brands are getting an average 46% more engagement with Timeline.

The researcher, Simply Measured, drew its results from an admittedly small sample: just 15 Facebook brand pages. Doing so may have created a false sense of lift, especially since the greatest beneficiaries, Livestrong and Toyota, saw their engagement rates jump 161% and 156%, respectively. (The full list of brands appears below.)

Adam Schoenfeld, CEO of Simply Measured, says the average, however, is weighted so that the engagement per post is taken into account. “These are just preliminary results,” he says. Simply Measured looked at early adopters and compared their Pages’ engagement from Jan. 1 to Feb. 29 and then from Feb. 29 (the day Facebook allowed Timeline Brand Pages) until March 26 and compared results. (If the brand launched its Timeline Page after Feb. 29, then Simply Measured started from that date.) The findings are as follows: A deeper dive into the data reveals that responses to status updates actually fell with Timeline, but engagement with videos and photos were up a composite 65%. Schoenfeld’s theory is that the larger images on Timeline are leading to more engagement with visual material. That will prompt marketers to post more videos and photos. “We’re wondering if this is because of Pinterest,” he says.

Facebook reported that a week after introducing Timeline, some 8 million brands — roughly one-fourth of the brands on Facebook — had upgraded to the new design. Those that didn’t will be ported over to Timeline on March 30.