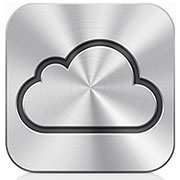 Apple is building “the nation’s largest end user–owned, onsite solar array” at its Maiden, North Carolina data center, the company says in an environmental report on the project that provides new details on the facility. The Maiden facility is home to the company’s iCloud service, which just passed 100 million users.

The 100-acre, 20-megawatt facility will supply 42 million kWh of clean, renewable energy annually. Apple is also building a fuel cell installation that will finish in late 2012. Located right next to the data center, the 5-megawatt facility will be powered by biogas and provide more than 40 million kWh of renewable energy annually. The U.S. Green Building Council granted the building LEED (Leadership in Energy and Environmental Design) Platinum certification, the organization’s highest honor for environmentally friendly building practices.

“We know of no other data center of comparable size that has achieved this level of LEED certification,”Apple brags.

If Apple seems a tad defensive, that’s because Greenpeace has been hitting the company hard over its environmental record.

Until now Apple had kept the details of its Maiden facility under wraps, but now we can report such enviro-geek tidbits as this: A chilled water storage system will improve cooling efficiency by transferring 10,400 kWh of electricity from peak to off-peak hours each day; Much of the cooling water will come from rainwater and be reused 35 times, which Apple says should result in a 20 percent reduction in overall water consumption. The company will also employ standard “free” air cooling as well, whereby outside air cools servers, a white roof to improve solar reflectivity and motion activated LED lighting.

Do you want to build strong relationships around your brand?   Are you using networking…

Do you want to use visual content in your social media marketing?   Do you…