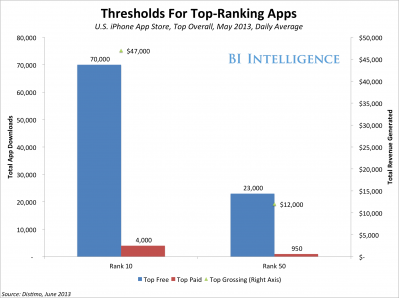 The mobile app ecosystem has seen explosive growth as consumers flock to app stores linked to their mobile platforms and devices. There’s plenty of money in the app economy: ABI Research predicts that mobile app revenue will reach $46 billion by 2016, up from about $8.5 billion in 2011.

But app markets are also becoming incredibly competitive. That means many companies and app developers invest in apps only to see them lost in the “swamp” — the murky, messy, and cluttered app markets.

From a consumer perspective, app markets are difficult to navigate. App search is still primitive. App stores are still grasping for technologies that will put the most relevant apps within easy reach. Here’s a quick breakdown of why paid search could work for the App Store: by TONY DANOVA
via http://www.businessinsider.com/top-app-store-marketing-tips-2013-10

Is there a place for Instagram in your marketing plan?   Do you want to…

4 Tools to Drive Conversions From Your Social Traffic

Do you want to increase your conversion rate?   Are you looking for tools to…