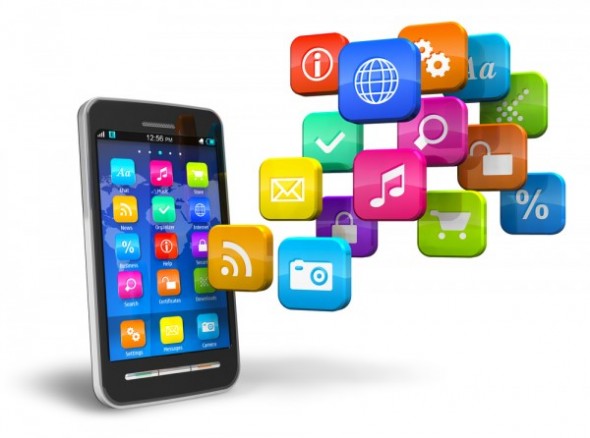 Top 10 mobile trends for brands and retailers this year

It is that time of the year again. You wake up, do what you can to tame the throbbing headache from this week’s revelries – hint: two Alka Seltzers, a 5K run, one hamburger and a two-hour nap – and then, much, much later, once the hangover has been corralled into a small corner at the back of your brain so the rest of you can still function, you inevitably reflect on the year gone by and, more importantly, ponder on that which is to come.

So without further ado, here are my top 10 mobile trends for marketers and retailers in 2013:

1. 2013 will be the year of mobile – again
It is always easiest to start with the most obvious. Last year was something of a tipping point, what with smartphones overtaking feature phones and accounting for more than 50 percent of all phones in the United States, and that number is just going to keep going up and up the S-curve in 2013.

Mini-prediction: smartphone ownership is going to grow a lot faster than research firms are predicting. Prediction models look to past data to predict future growth and typically use linear growth rates – very few get hockey-stick growth right and most tend to under-predict it. As a result, expect to see more of everything mobile: more mobile Web-browsing, more mobile commerce, more application consumption and more mobile devices.

For those who are old enough to remember, we once saw similar discrepancies between time spent and ad dollars spent for the Web overall – and eventually ad spending caught up. Expect the same to happen for mobile.

This is not going to happen overnight – or even all in 2013 – but expect to see many more companies carve out discrete marketing budgets for mobile marketing and not just for experimentation.

Mondelez, the company split from Kraft Foods, recently announced it would spend 10 percent of its global marketing budget on mobile. Expect more to do the same.

3. Shopper marketing will be the mobile area of focus
People may think I am going out on a big limb here, but I am not really. Expect to see mobile extensively used for all aspects of shopper marketing, and on a much wider scale, especially for couponing, loyalty and geotargeting.

Juniper Research recently predicted that mobile coupon usage would spike 30 percent in 2013, and innovations such as Apple’s Passbook, a slew of new apps and mobile receipt processing solutions will only hasten the trend.

4. Mobile commerce, yes. Mobile payments, no
Mobile commerce will continue to grow at near triple digits as it did in 2012 as more people get comfortable shopping through apps and on mobile-optimized sites.

Technologies such as Card.IO continue to make the overall process easier, and most large sites now support some form of one-click shopping for mobile.

But although Apple may well integrate NFC into its next version of its device, and more innovative mobile payment options will proliferate, mobile payments will continue to remain a small and insignificant niche in the overall payments market – for 2013, at least.

Consumers continue to be suspicious of mobile/electronic payments, except in prepaid formats such as subway passes, and such behavior will take some time to change, particularly since U.S. consumers already have a cashless payment alternative that works ubiquitously: their credit cards.

Note: I do not really consider Apple iTunes purchases or Square transactions as mobile payments since they are both credit card-driven.

5. The Apple/Android phone duopoly will persist
My apologies in advance to Microsoft and BlackBerry, but they are both a little too little. Windows Phone 8 and BlackBerry OS 10 devices will remain small niches in the overall smartphone market, and most marketers and app developers – those not receiving development funds from the manufacturers – will simply ignore them.

Dollars will be better spent optimizing experiences for iOS and Android than for creating them for Windows and BlackBerry phones.

Windows tablets may make more of a headway given the massive installed base of PCs and the extreme portability offered by a Windows-compatible tablet, but the phone market will remain a two-horse race next year.

6. Fewer apps. More HTML5 Web sites
While Mark Zuckerberg may have ignited a firestorm by noting that adopting HTML5 for its mobile app was probably the biggest strategic mistake the company made, the truth is that for most marketers and for most marketing needs, HTML5 Web sites can make a lot more sense than mobile apps, with the exception of when you need phone-specific capabilities.

Consumers and marketers both are fast realizing that you do not need an app for everything, and creating multiple versions of an app has real costs, as does updating and maintaining them.

For delivering content, HTML5 Web sites are cheaper to develop, easier to support across devices and more effective for consumers.

7. Less designing for the content, more designing for the context
This is an early-bird prediction. Responsive Web design was a clear trend for 2012, and will be for 2013 as well. And with good reason, given the proliferation of different screen sizes and device types, which will continue to be a headache for designers and developers.

Expect smart marketers in 2013 to move beyond responsive design and tailor mobile experiences not just to a device but to a context as well.

Examples could be leveraging location or time of day to provide distinct and differing experiences such as a local news site providing more traffic information on the home page during rush hours or a content site adapting the content depending on whether it is a smartphone or tablet.

8. More innovation in mobile ad formats
Mobile display ad spending is expected to grow 180 percent, according to eMarketer. Much of that spending will go towards mobile display banner ad units, but almost all universally agree that mobile banner ads are a legacy hangover from the Web and are not ideal for mobile.

Expect to see much more innovation in ad formats, both in standard mobile web as well as in native ads such as Facebook’s mobile news feed ads and Twitter’s promoted tweets.

9. MS Tags will disappear. QR codes will survive and thrive
Most people do not know what an MS Tag is and, in 2013, expect to see Microsoft Tags follow the ranks of Betamax, 8-Track cassettes, laser discs and other format has-beens.

QR codes will continue to grow in popularity and usage, as evidenced by their incorporation into coupon and loyalty apps such as Apple’s Passport and Belly and their increasing ubiquity on product packaging. Open standards win again.

In 2013, expect A/R to become a much more potent mobile activation format, particularly when used in conjunction with other media. And better yet, expect to see A/R become a two-way format, with your actions and gestures creating interactions with the mobile content as well.

There will also be other new mobile activation technologies that will emerge such as Netpage, which allows you to seamlessly clip and interact with magazine pages.

I DO HAVE one last prediction that I am certain will come true: mobile marketing will continue to surprise and delight us in 2013.

OK, that was a little cheesy, I admit. Nonetheless, it is true, and for all of us involved in mobile marketing, I have no doubt 2013 will be an exciting year ahead.