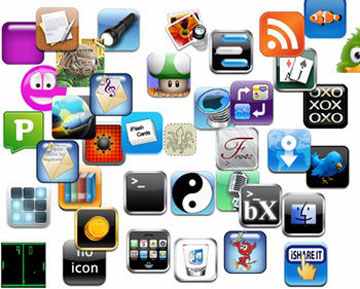 If you are a founder trying to create a new mobile app or an investor trying decide whether an app has enduring value, it is helpful to separate the ways that people use apps into four categories.

1. Time wasters: Apps that can be used for short bursts when you are waiting in line, etc. The most popular time wasters are games. Some apps are used sometimes as time wasters and sometimes as utilities – e.g. Facebook is both a time waster (checking status updates few minutes) and a utility (sending Facebook messages).

Time wasters tend to be faddish. It is easy to get hooked on new games and also easy to tire of them. If you want to build a big company that builds time wasters, you need to build a machine that builds, markets and monetizes apps, as Zynga has done.

One entry strategy for a startup is to replace a core utility. This is what Instagram did to the built-in camera app. It is unclear whether the “Instagram for video” companies are core utilities (video app replacements) or time wasters. Creating a new core utility that doesn’t replace an existing core utility is very hard. Foursquare seems to have done this for the users who regularly check-in.

3. Episodic utilities: Episodic utilities are apps that typically aren’t on the home screen but are extremely useful in certain situations. Some examples: Hipmunk when buying plane tickets, Uber when you need a car, and OpenTable for making restaurant reservations. Successful episodic utilities target a well-defined situation and then become deeply associated with that situation. Making an app that is too broad or has multiple use situations can hurt you. Because many of these situations involve purchasing, these apps tend to be monetizable.

4. Notification-driven apps: This is an emerging category. Android has had a good notification system for a while, but the iPhone only made notifications useful in IOS 5. People tend to enable notifications for communication apps like email, texting etc. Thus far, notifications for other apps haven’t gotten widespread adoption because, among other things: it is easy to annoy users by over-notifying them, and running non-communications apps in the background tends to drain battery life. Expect this category to grow as apps get smarter about when to notify, and battery life improves dramatically over the next year or two.