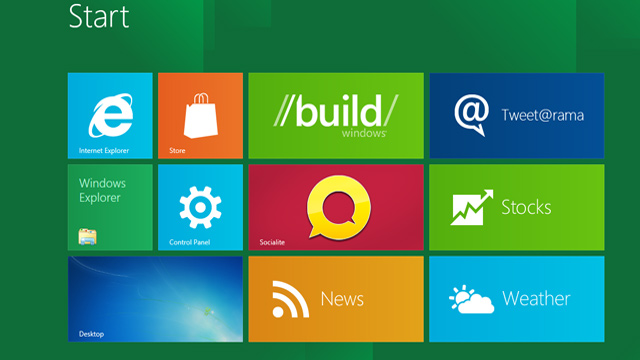 Windows 8 on ARM: Everything You Need To Know

Up until late last week Windows 8 on ARM was a complete mystery. We know the product existed, that it would launch at some point in the future, and it would sport the Metro interface Microsoft has been showing off for almost a year now. The silence on just about everything else had led many to wonder if Microsoft was further behind on the ARM version than they were letting on, but this week they finally opened up the information floodgates. That might sound like a bit of an exaggeration, but 9000 words is a bit more than we were expecting. It makes for an interesting read, but let’s be honest here, most of you just want the CliffsNotes right?

We’ve got you covered.

Microsoft has maintained its monopoly on the desktop largely through the ability to innovate, while still maintaining backwards compatibility. With WOA (Windows on Arm), nothing you are running today will work, no exceptions. Some core Windows functions such as Explorer will make the jump, but if you installed it yourself, or downloaded it from the web you’ll need an X86 device to use it in Windows 8.

It’s not all bad news mind you. Metro applications purchased through the Windows 8 store will run identically on both x86 and ARM based devices, and can be installed on 5 separate pieces of hardware at once. Developers will also only need to write and compile their applications using one set of code that works perfectly on both x86 and ARM based devices. The fact that this works is an amazing step forward, and perhaps one of the single most important innovations in Windows 8.

Windows on Arm will come bundled with some core Microsoft Office functionality, but the exact details are still a bit unclear. Versions of Word, Excel, PowerPoint, and OneNote will all come standard, run using the desktop interface (not metro), and is a great concession for those of us who purchased older versions such as 2010 that won’t run on ARM. It remains to be seen if the Office version being offered is feature complete, or if upgrades will be offered to unlock advanced features. No mention was made of Outlook.

You Can’t Turn It Off

You don’t turn off tablets, and since WOA is being aimed directly at this market, it won’t either. It is being designed from the ground up to make efficient use of battery life while in a partially suspended state, but otherwise is being designed to run constantly.

We still don’t have an exact release date for either version at this point, but what we do know is that both will ship at the same time before the end of 2012. Of course Microsoft can ship the bits, but that doesn’t mean you’ll be able to buy them, or more importantly, any hardware running it. Microsoft’s hardware partners may be ready with devices on day one, or they may not.

Microsoft claims that all WOA-based systems will receive updates through traditional updating tools built into the OS, but we remain a bit skeptical. This isn’t an easy promise to make given how many variations there are of ARM hardware. Even Windows Phone 7 has begun to fragment as Microsoft struggles to maintain a common set of features across dozens of different phone implementations. In the case of Windows Phone 7, Microsoft even laid out strict hardware restrictions which should have made updating easier, but turned out to be more difficult than originally intended.

This isn’t an easy question, but at least the pros and cons are easier to understand following Microsoft’s post.

Cons: No desktop application compatibility, and the chance of being left in the dust by your OEM with an orphaned device if it doesn’t sell well. You’ll always be able to get driver updates from Intel, AMD, and NVidia for X86 hardware, but with ARM you are at the mercy of the OEM.

No Internet Explorer Plug-In Support. The X86 version of Windows 8 will allow for browser plug-ins while using the desktop version of Internet Explorer 10, WOA will not. The big take away here? No flash! This problem will no doubt be solved by third party browsers given the open and accepting nature of the Windows 8 App Store, but is still one more nail in the coffin for Adobe.

Windows 8 Is One Code Base

Windows on ARM shares a nearly identical code base to the client, server, embedded, and even its upcoming update to Windows Phone. Each version of Windows on Arm will need to be modified slightly to match the hardware it’s being targeted towards (a problem unique to ARM), but updates should happen in tandem across all variations. Driver update on the other hand may be a different story.

Wintel Is Still Alive and Well

Windows on ARM is an important release for Microsoft, but they made it clear that they are more engaged with Intel and AMD than ever before. Don’t believe me? Here is a direct quote from the blog: “We could not be more excited or supportive of the new products from Intel and AMD that will be part of Windows 8-across a full spectrum of PC form factors including tablet, notebook, Ultrabook™, all-in-one, desktop, and more that all take advantage of the new capabilities of Windows 8 while Windows 8 takes advantage of new features in hardware.”

The Desktop Will Be Included, But Only For Office

It was rumored for months that Microsoft would strip the desktop interface out of the arm version, especially because well, nothing runs on it. It turns out however that while desktop will make an appearance, it’s only there to allow proper functionality of the bundled Office 15 applications. You can access explorer, probably the task manager if you should need it, but otherwise it will be completely locked down and useless. If you get homesick while using metro you can go visit your old stomping UI, but all the Windows have been boarded up. (Drum Roll).

You Can’t Install It Yourself

I’m guessing more than a few of our readers have installed a copy of Windows in their day, but don’t expect to do the same with Windows 8 ARM. Each installation will need to be carefully tweaked for the hardware, and while I’m sure at least a few of our readers might be able to pull it off, it’s doubtful you’ll never be able to buy ARM hardware without Windows 8 pre-installed.

Windows 8 will also include an in-place restore function on both ARM and X86 editions, allowing for an OS refresh whenever you feel the need.

We expect more details to be released over the coming months, and hopefully, even some hardware. What are your early impressions?