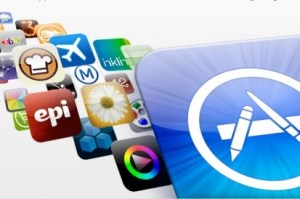 With more than 550,000 apps, finding the right app in Apple’s App Store can be a challenge for some. Though the App Store is still ahead of rival Android Market in discovery features, Apple clearly sees a need to ramp up and improve the way it helps consumers pick through its growing collection of apps. That’s what’s behind the acquisition Thursday of Chomp, an app discovery engine that helps users search for apps on iPhone, iPad and Android devices.

The acquisition, first reported by TechCrunch and confirmed by Apple, gives Apple a pretty robust tool to improve its App Store. Chomp lets users find apps by searching without knowing the name of a particular app. Users can search by what an app does and then find relevant results, which start appearing right as a user begins typing. Chomp looks at all the data associated with an app to bring up results and also gathers information from blogs, social networking sites and other app stores to find what’s trending. The company also launched “Chomp Search Ads” last fall, a sort of AdWords program allowing developers to bid on certain keywords in app searches.

Verizon actually rebuilt its VCast App Store in September using Chomp to power discovery, even though it only had a few thousand apps in its store. It showed that even a big company like Verizon saw value in applying more smarts to app discovery, something the Android Market has been criticized for not improving upon. Chomp will reportedly continue to power VCast App Store for now, but that arrangement will eventually end as it gets integrated into the App Store experience, TechCrunch said.

The price of the deal was not announced thoughBloomberg said it was worth $50 million. This is Apple’s second acquisition this year following its purchase of Anobit, an Israeli company that makes digital signal processing tech to improve the performance of NAND flash. It’s unclear if Apple under Tim Cook is going to be more acquisitive but Apple historically has not been a big buyer of companies like Google, Oracle and others. But with about $100 billion in cash and investments, it makes sense to look at absorbing more companies, as long as it can find a team that fits with its culture.

The purchase of Chomp, which has raised about $2.5 million, comes as Apple is closing in on 25 billion app downloads. It continues to be well ahead of Android Market but Google’s app store has been working to close the distance in the number of apps and downloads. I think this shows that Apple knows that it needs to continue to provide the best app store experience, which has been pretty good but needs to get better.

Even though it’s the only place to buy iOS apps, there are other services like AppsFire, Zwapp, Quixey and others that are showing how to make app discovery even smarter. The App Store is a big advantage for Apple and one that helps it compete well with Android and keep consumers and developers dedicated to iOS. If it can improve upon how many apps users download and discover, it can mean more utility for consumers and a bigger payout to developers, who have already gotten $4 billion in payouts from the App Store.

A Day in the Life of the Internet [INFOGRAPHIC]

The Internet is, by most scientific estimates, friggin’ huge. While only about one-third of the world’s population…

In my job, I’m exposed to the social media activities of tens of thousands of…